Onda (온다) is a member of the K-pop girl group ΣVΣRGLOW.

Onda first appeared as Jo Serim (조세림) on the survival show Idol School, that decided the members of girl group fromis_9. She placed 40th and was eliminated on the fourth episode, subsequently not debuting with the group. All contestants who participated on Idol School became signed to Stone Music Entertainment as trainees to debut in the future under the label. Sometime afterwards Onda left Stone Music and signed with Yuehua Entertainment and trained for debut under the company.

Two years after being eliminated from Idol School, in February of 2019, Yuehua announced a new girl group through the Crank in Film videos. Onda was the third member to be revealed, and was introduced as the "4D Charm Girl"[1]. She debuted on March 18, 2019 as a member of the kpop girl group EVERGLOW. 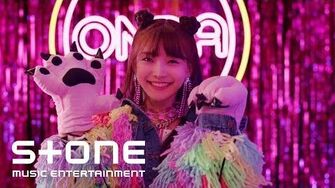 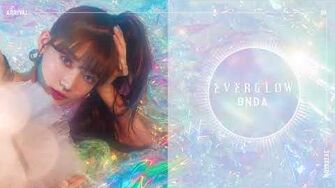 EVERGLOW ONDA VOICE LETTER
Add a photo to this gallery

Retrieved from "https://everglow.fandom.com/wiki/Onda?oldid=3654"
Community content is available under CC-BY-SA unless otherwise noted.